Sketches In and Out of the Dark

So, back in April, I participated in an art show at the University of Utah. While the show itself was a marginal success (more a show about technology than art, really), I did have the chance to sketch some cool faces from the crowd while sitting on a post-show question-and-answer panel.
Here are some of the faces from those couple of weekends: 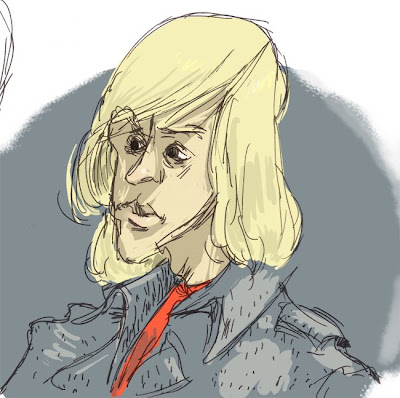 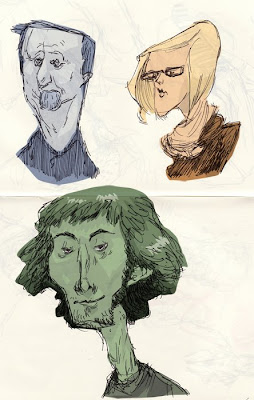 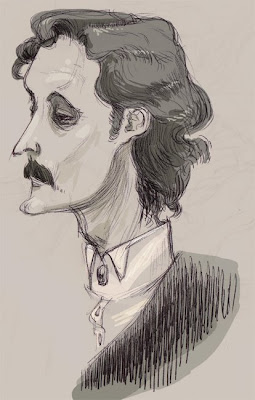 Also in April (every April, as a matter of fact), the LDS church holds a general conference during which leaders speak on various gospel-related topics. This year's was the 178th Annual General Conference, since the conferences have been going ever since 1830 (well, we take breaks...they don't happen all year round). Pretty cool, huh. Below are some sketches made while watching conference (which is broadcast by satellite and over the internet).

Something that was interesting for me was making these sketches almost in the complete dark. I could see the screen, which was several hundred feet away, but I could barely see my own paper--leading to an interesting method of scrawling out shapes and chunks of value. I guess drawing in the dark probably isn't really good for your eyes, but it was a cool chance to try a different way of seeing things (by not seeing them, I guess). Plus the results are mostly a surprise, since you can't really see what's going on while you're drawing--talk about a sketch adventure! Below are some of the more intelligible images that were created using this method. Hope you enjoy! And I promise to be better about posting a little more frequently...(these are from April...oops). 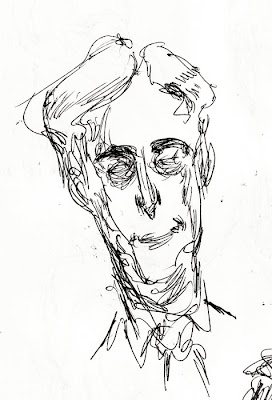 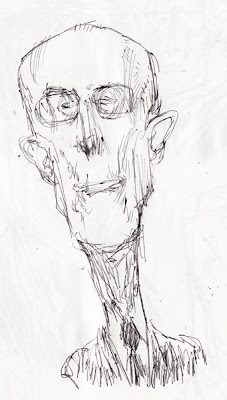 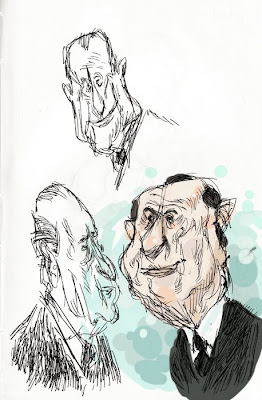 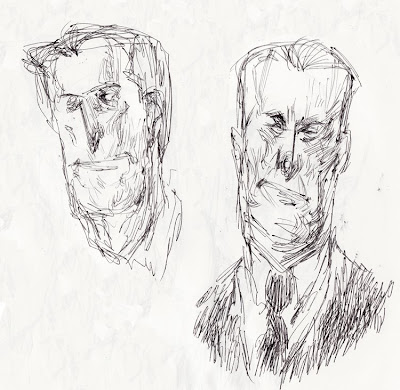 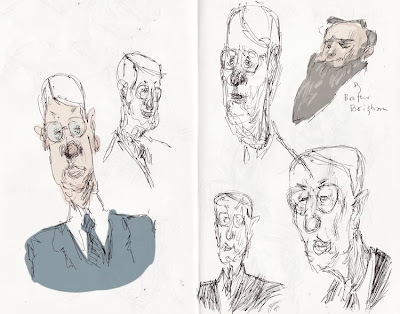