It has been many moons since a real post--for this I apologize. Our family has been very busy fighting a life or death battle (more on this later).
In big news, we've made a major life change, moving from our home in Utah to California. I get to draw cartoons all day at work and we're a heck of a lot closer to the beach, so it's basically a win-win.
Below are some characters from recent sketch adventures. It's always fun to go to new places and see new faces. Hopefully we'll finish moving in soon, so I can get back to a regular posting schedule.

Dudes from church. Yes, that guy's name is seriously Ziff.
To me, nothing says "super powers" more than an onomatopoetic name. 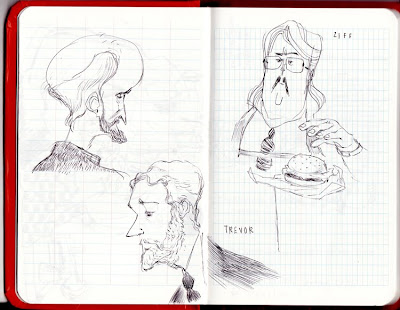 My pal and coworker, one Matthew Braly. 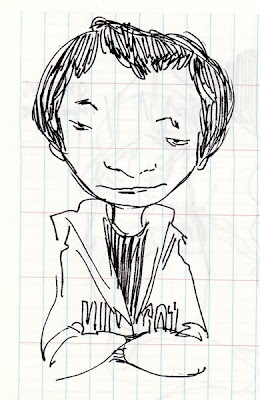 Other partners in crime: John Sanford (our fearless leader)
and Javier Recio Gracia 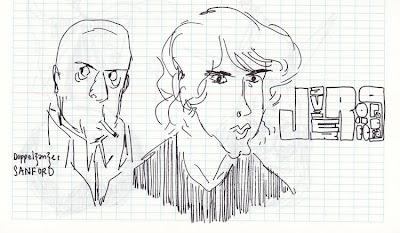 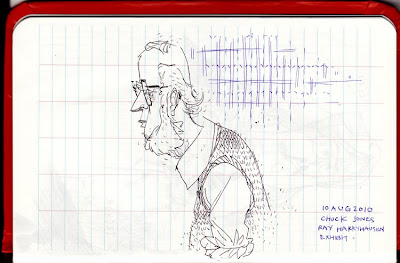 Some dudette I saw cruising the hallways at work;
her origin remains largely a mystery. 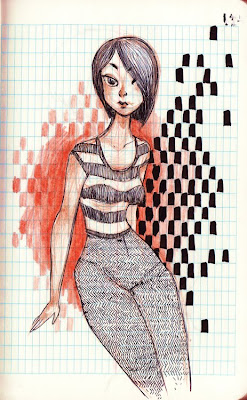